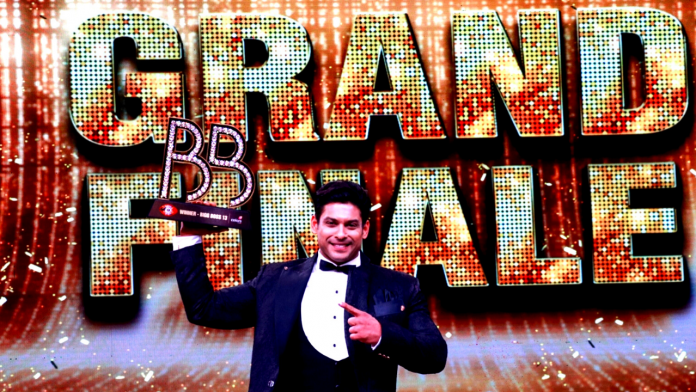 Bigg boss 13 was a super hit reality show out of all the big boss season so far. Due to its contestant, the show has gained a lot of TRP. A 140-day show, where the strongest contestant stays and wins the show.

On 15 February 2020, the grand finale was held. As usual, it was hosted by Salman Khan and joined by various other celebrities and cricketers. Sunil Grover gave an epic performance of ‘Nakli Amitabh Bachan’ making everyone laugh and danced on Akshay Kumar’s ‘Bala song’ with Salman Khan on Bigg boss. Cricketer Harbajan Singh and Mohammad Kaif also joined Salman Khan and shook a leg with the contestants inside the house. Rohit Shetty also joins Salman Khan on the stage to promote his show ‘Khatro Ke Khiladi’ and goes inside the house to eliminate one of the contestants.

The top six finalists of Bigg Boss 13 were Paras Chhabra, Arti Singh, Rashami Desai, Shenazh  Gill, Asim Riaz, and Sidharth Shulka. “Abra ka Dabra  Paras Chhabra” pressed the buzzer and walks out of the house with Rs 10 lakhs. Shortly after the romantic performance of Pars and Mahira and Asim and Himanshi, Arti Singh got evicted from the house. After that Rohit Shetty and the cast of ‘Khatro Ke Khiladi’ performs a task where Rashmi Desai gets evicted from the house. Shenaz Gill becomes the second runner up and it is a direct fight between Asim and Sidhart. While Rashmi and Sidharth gave a sensational dance performance and Shenahz and Sidharth performed their cute journey in the house. Shortly after the performance, both Sidharth and Asim joined Salman Khan on the stage for the announcement of the winner.

Sidhart Shukla wins the show with a sparkling trophy and a cash price of Rs 50 lakhs.

CES 2020: After a Gap of 28-Year, Apple Back at Consumer Electronics Show