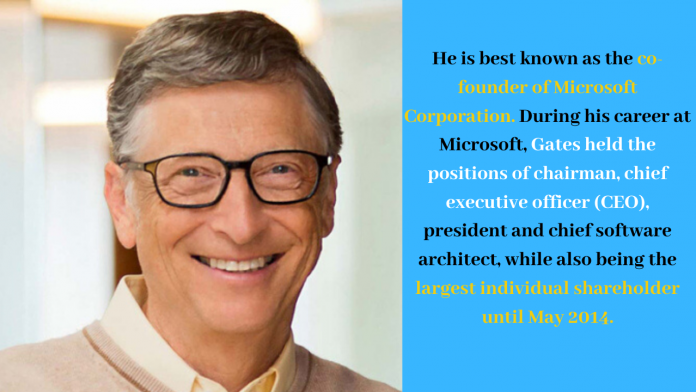 Bill Gates, the co-founder of Microsoft announced his leave from the board of directors of the company to devote his time to philanthropy.

He already stopped being a part of the daily operations to focus more on Gates Foundation which he started with his wife, Melinda.

Bill Gates served as the chairman until 2014 but now he has stepped away entirely.

“It’s been a tremendous honour and privilege to have worked with and learned from Bill over the years,” Microsoft CEO Satya Nadella said in a release.

Nadella said Gates will continue to contribute as a technical advisor to Microsoft.

In 2000 Gates stepped down as the CEO and handed the company to Steve Ballmer to devote more time to his foundation.

He gave up the role of chairman in 2014 when Nadella was appointed as the CEO.

He turned his attention from software to fighting disease and other humanitarian challenges with his wife, under the Bill and Melinda Gates Foundation.

The move didn’t come as a surprise to the Street as Gates has continued to focus more on his myriad of philanthropies across the globe over the past decade.

You get the chance to feature in Apple Magazine. See how?