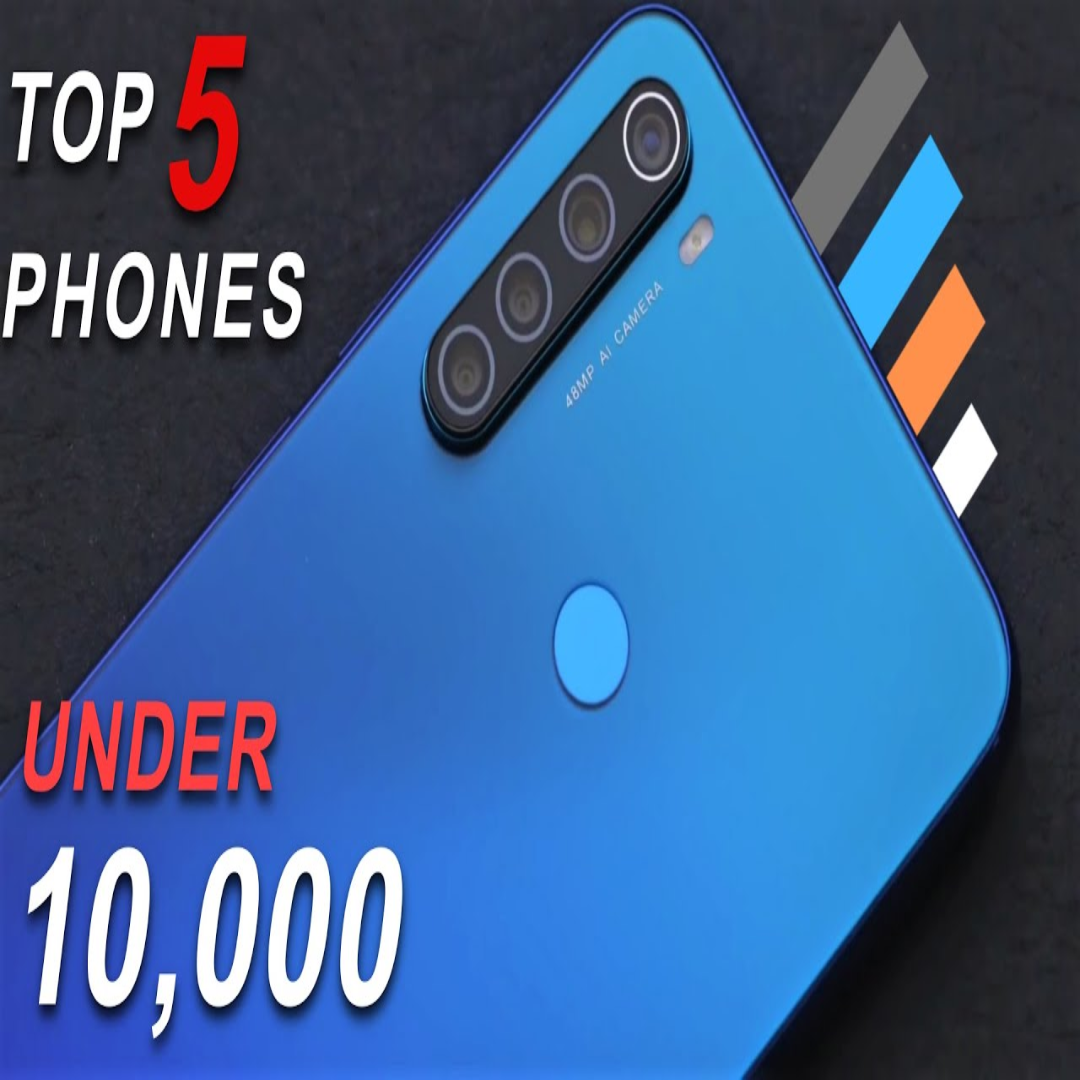 If you are looking for the best phones under 10000, chances are that you will end up with too many options. As technology continues to become more affordable with each passing day, features such as triple, and even quad rear cameras, FHD+ displays, have started making their way to mobiles under 10,000.

This wonderful device runs on the company’s proprietory ColorOS 7.0 based on Android 10. Well, this amazing device is powered by an octa-core MediaTek Helio G70 processor and with 3GB of RAM. Sensors included in the phone are an accelerometer, ambient light sensor, compass/ magnetometer, proximity sensor, and fingerprint sensor for security.

The phone has a polycarbonate body. It has triple rear cameras. It packs a 6.5-inch HD+ display with 720 x 1,600 pixels resolution. Moreover, the presence of gorilla glass protection against bumps and scratches.

Realme Narzo 10A – Battery and Storage

Presence of 32GB of inbuilt storage that can be expanded up to 256 GB via a microSD card slot. The phone is a dual-SIM (GSM and GSM) smartphone and supports Nano-SIM cards. It is backed by a mammoth 5,000mAh battery and supports fast charging.

Realme Narzo 10A – Configuration and Connectivity

The phone runs on the company’s proprietory ColorOS 7.0 based on Android 10. It is powered by an octa-core MediaTek Helio G70 processor and with 3GB of RAM. The dual sim phone comes with 32 GB of inbuilt storage expandable via a microSD card slot to 256 GB. Connectivity options included in the smartphone are 4G, GPS, Wi-Fi, Bluetooth v5.00, USB OTG, Micro-USB, FM radio, and support for Band 40 used by some LTE networks. The phone has 4G active on both SIM cards.

Xiaomi Redmi 9 Prime comes with a huge battery capacity of 5,020mAh and a vast storage capacity at an affordable price tag. The splashproof body and the configuration are great as well. Moreover, some additional features like WiFi Calling, rear fingerprint scanner, Gorilla Glass 3 screen protection, and the latest Android (Q) will create a buzz around the smartphone.

Xiaomi Redmi 9 Prime features a 6.53 inches (16.59 cm) bezel-less display with a waterdrop notch. Having a Corning Gorilla Glass v3 protection, the IPS LCD has a screen resolution of 1080 x 2340 pixels and a pixel density of 395 PPI that ensures decent visual experience. Furthermore, the device has an aspect ratio of 19.5:9, together with a screen to body ratio of 83.06%.

The device has been designed with an AI quad-camera setup that has a wide-angle primary camera of 13MP. Further supporting the primary sensor is an 8MP ultra-wide-angle lens, a 5MP macro lens, and a 2MP depth camera. The camera setup will be accompanied by features like Phase Detection Autofocus, LED Flash, ISO control, HDR mode, White Balance presets, Bokeh Effect, Face Detection, Geo-tagging, Digital Zoom, Auto Flash, and Touch to focus. The front fascia features an 8MP primary camera that clicks decent portraits.

Xiaomi Redmi 9 Prime is said to be powered by a MediaTek Helio G80 chipset, backed by an octa-core processor of two 2GHz Cortex A75 cores and six 1.8GHz Cortex A55 cores. Mali-G52 has been installed in the device for the graphics requirements and a 4GB RAM for the smooth functioning of apps and gaming. The device comes with a giant battery capacity of 5,020mAh and is equipped with an 18W quick charging facility.

The smartphone has an inbuilt storage capacity of 64GB that can be further expanded up to 512GB, which is impressive considering the price tag. The network and connectivity list of the device includes dual SIM, 4G VoLTE network, WiFi, WiFi Calling, Mobile Hotspot, Bluetooth v5.0, A-GPS with Glonass, USB Type-C, and IR Remote.

Motorola One Macro is a flagship offering from the company that provides amazing features. It has an amazing set of cameras, superb battery capacity with turbocharging technology. In terms of performance, the smartphone delivers excellence with no sign of a lag and any other glitches. The internal storage is huge but in case it fills, users will have to depend on the hybrid slot to expand storage. There is no full HD display also.

Motorola One Macro – Display and Configuration

Motorola One Macro flaunts a 6.2-inch IPS LCD having a screen resolution of 720 x 1,520 pixels alongside a pixel density of 271 PPI. There is a stylish aspect ratio of 19:9. When we talk about the performance, this phone is powered by MediaTek Helio P70 chipset and two quad-core processors that deliver a speed of up to 2.1GHz. It has a Mali-G72 MP3 GPU that handles the graphics of the device while the 4GB RAM gives amazing multitasking experience.

Motorola One Macro – Camera and Battery

Motorola One Macro is provided with a triple rear camera setup having 13MP + 2MP + 2MP lenses. At the front, it gets an 8MP lens, which may capture amazing selfie pictures. Overall, this device may be a great option for photography freaks. For the power backup, it has a 4,000mAh Li-ion battery that is coupled with a Rapid charging to fill it in a short duration. Hence, one can enjoy a long-time activity.

Motorola One Macro – Storage and Connectivity

Motorola One Macro houses an internal storage of 64GB, which is huge to keep files and data of the users. It also has expandability of up to 512GB with the help of a microSD card. In terms of connectivity, the device has 4G VoLTE support, Wi-Fi 802.11, b/g/n, Mobile Hotspot, Bluetooth, GPS with A-GPS, Glonass, USB Type-C, etc.

Xiaomi Redmi 8 is the latest addition to the Redmi series in India. The smartphone may be a budget category phone and comes as a successor to the Redmi 7.

The stunning device offers a 6.22-inch HD screen with Dot notch on top. The display comes protected with a layer of Corning Gorilla Glass 5. The handset is backed by a 5000mAh battery which Xiaomi says can last up to 27 days on standby. The phone can deliver up to 12 hours of gameplay, the corporate claims.

This smartphone comes powered by Qualcomm Snapdragon 439 processor. this is often paired with 3GB and 4GB of RAM. The smartphone packs 32GB and 64GB onboard storage. Users will get a separate microSD card to expand the storage further up to 512GB. The Redmi 8 runs MIUI OS.

At the front, the handset boasts of an 8MP camera for selfies.

Xiaomi Redmi 8 comes with a dual AI camera comprising of a 12MP primary lens with f/1.8 aperture and a 2MP depth camera. For security, the device offers both faces unlock and a fingerprint sensor at the rear.

The Infinix Hot 9 gets a vivid screen-size of 6.6 inches (16.76 cm) alongside a screen resolution of 720 x 1600 pixels and 266ppi pixel density. Additionally, to feature on to the premium look of the phone, the IPS LCD gets a punch hole in its display.

For high-resolution photographic experience, this phone offers a triple camera set-up. Featuring a 16MP primary camera. Supporting the primary camera are two similar 2MP lenses or better depth sensing. For the selfie lovers, Infinix gets an 8MP front camera in the punch-hole of the display, enabling the users to fetch splendid images along with a smooth video-calling experience.

Infinix Hot 9 is powered by a 1.8GHz octa-core MediaTek Helio A25 chipset backed by PowerVR GE8320 GPU, providing an honest graphic experience to its users. Also, to promote a lag-free environment and offer a seamless performance, the device gets 4GB RAM.

The battery capacity of the Infinix Hot 9 stands at 5,000 mAh, with a quick-charging ability.

The internal storage space of Infix Hot 9 stands at 128GB, which is further expandable up to 256GB via microSD card. Coming to its operating system, the Infinix Hot 9 features Android v10(Q) paired with the brand’s custom UI, XOS. Connectivity-wise, the handset provides a 4G Volte network, Wi-Fi, Mobile Hotspot, Bluetooth, and A-GPS.

Oneplus 8 Pro review; speed is everything