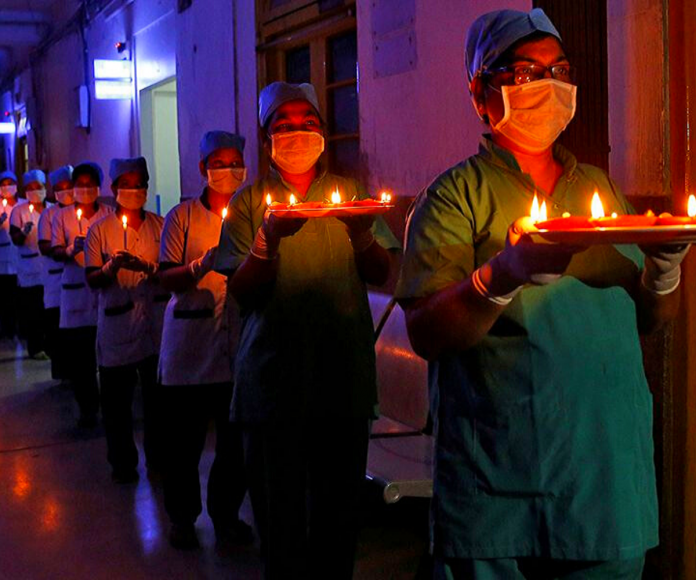 Torches were lit, flashlights were on and lamps were lit, all the people came together to drive out the darkness of the deadly virus.  All the countrymen supported and showed their faith in the government by answering to the call given by Prime Minister Narendra Modi.

A wonderful example of solidarity in fighting against this pandemic was showcased by our country. On Friday, our Prime Minister Narendra Modi had asked people to light candles to “challenge the darkness of coronavirus.” He said that this act was a powerful message to the world that has lost so much and has suffered pathetically during the past few months. Many users from all across the country posted several pictures of themselves taking part in the ‘9pm 9min’ initiative. They were seen following the norms of social distancing too.

It is very well said that in good times everyone comes together to celebrate but the true leader is the one who has the strength to unite everyone irrespective from whichever background they belong from during the time of hell.

In Chennai people formed the map of our country by lighting beautiful earthen lamps, while in Lucknow, Chief Minister Yogi Adityanath lit earthen lamps forming ‘om’ at his place. Several other Union ministers, important officials and other politicians were seen participating in this exercise, responding to the appeal of PM. This is the second time our Prime Minister has united the entire country and sought to rally people amid the ongoing lockdown.