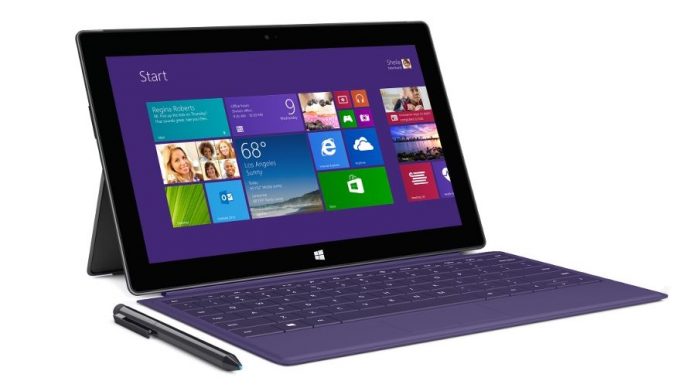 Microsoft is said to launch its latest Surface Go 2 tablet in May this year. This tablet could come with a starting price of $399, which is around Rs 30,620. For the same, the company is rumored to offer you an Intel Pentium GOLD 4425Y, paired with 4GB RAM and 64GB storage. The original Surface Go was launched with the same price label.

As per a report by Windows Central, the upcoming Microsoft Surface Go 2 will offer a larger 10.5-inch display, but it will have a form factor similar to its predecessor. The device is likely to feature slimmer bezels compared to Surface Go. The panel will operate at 1920 x 1280 pixels resolution, as per the cited source. The tablet will reportedly come with Intel Pentium GOLD 4425Y chipset.

Microsoft is expected to sell the new Surface tablet with 4GB of RAM and 64GB storage.

It is likely to offer support for Wi-Fi 6. The premium variant of Surface Go 2 could draw its power from an Intel Core m3-8100Y processor. This device could launch with 8GB of RAM and 128GB storage option. This Microsoft Surface Go 2 could be available in an LTE variant as well.

The price of this model could be somewhere in the $500 range. The tablet is expected to come with Windows 10 Home in S mode, and Windows Hello facial recognition. It is likely to support a microSD card slot for storage expansion. The device will also feature a USB-C port, a headphone jack, and a Surface Connect port as well. To recall, the Microsoft Surface Go was launched in India for Rs 38,599.

The productive 2-in-1 Microsoft Surface Go was first launched back in July 2018. It is the company’s affordable Windows 10-based tablet that uses Intel processor to power up. The device is powered by Intel’s Pentium Gold 4415Y CPU, with up to 8GB of RAM and up to 128GB of internal storage. It has a 10-inch ‘PixelSense’ display with a resolution of 1800 1200 pixels, and a 3:2 aspect ratio. We all keenly look forward to this new launch!

Xiaomi Redmi Note 9 Pro Max sale; check price and where you can buy