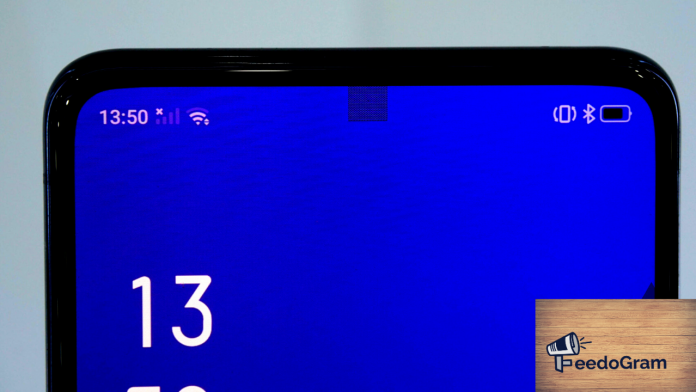 A popular Chinese smartphone manufacturer, Oneplus has register patent for a new technology i.e the selfie camera hides when not in use. Giant Mobile companies like Xiaomi, Samsung, and Oppo have already started working on this technology, and now OnePlus has also jumped into the game, reported by LetsGoDigital.

As the report suggests, the new patent revolution seems to be a “simple implementation” as seen in Concept One by OnePlus which was showcased by the company in early CES 2020. The patent was filed back in May 2019 and recently got approved in the first week of February 2020. Now it has been included in the WIPO Global Design database as well.

There are a total of 40 images displayed in a patent presentation that features four different models of the phone. One of them is a phone featuring a bezzeless screen, neither a chin nor a forehead.

What’s more interesting to know that you can’t see any notch or a pop-up camera compartment that shows where the selfie camera really is, assuming that it’s probably under the screen. The new smartphone consists of the rear round camera as shown in the pictures that were submitted at the time of filing the patent, and it can be said that the new upcoming OnePlus phones possibly be following the OnePlus 7T hierarchy.

The minor difference can be seen is that the camera lenses have been placed vertically and not horizontally.

If this is the plan then the smartphone industry will see a new revolution but that surely will take some time, and it will a good time for Oneplus to push out the devices. But for now, we only have the all-new Oneplus 8 and OnePlus 8 Pro.

All About OnePlus Nord and its Competitors

POCO M2 Pro with Its Specification