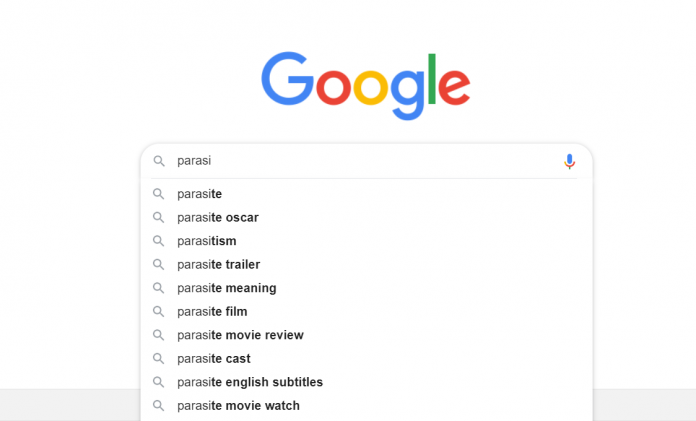 After winning the 2020 Oscars for the Best Picture, Google witnessed a jump in global search interest for the South Korean movie Parasite. Google revealed an increase of 857% in the search of the term ‘Parasite’ on the day of the Oscars and it has continued to increase. In a blog post, Google said ‘Parasite’ has become the most searched movie worldwide.

The movie was already searched globally even before the 2020 Oscars–because of the amazing storytelling. It was the third most searched Best Picture nominee before the Oscars; 1917 and Jojo Rabbit securing the 1st and 2nd places respectively. The search interest soared to an amazingly high number on the day of the Oscars and the following week.

In a blog post, Google said the searches related to ‘Korea’ and ‘film’ have increased by 47% in the past month and interest in Korean cinema has been growing steadily over the past decade.

Google users are also searching about Director Bong Joon-ho who was awarded the Best Director at the 92nd Academy Awards and the searches increased by 2000% on the day of the Oscars. Ho quoted Martin Scorsese, ” the most personal is the most creative” which jumped the Korean-language searches for Martin Scorsese.

A lot of queries were related to Bong Joon-ho and the fifth most asked question was ‘who is the’s, translator?’

The Korean film featured the noodle dish ram-don and this also attracted the interest of users. The search for the ram-don’s recipe has increased by 400%. People are also searching for ‘Asian supermarkets’ since the film featured some supermarket scenes and the searches are up by 350%. Countries like Canada, Singapore, Denmark, the United States, and Australia are among the most searching countries for Asian supermarkets.

The Parasite is the first non-English film to win the Best Pictures in Oscars. Oscars helped in rising the Google searches as well as the box office collection of the film which has already crossed the $204 million of ticket sales worldwide.

ABOUT US
Confused about anything, not able to make up your mind what to buy, which place to choose for a holiday destination. We got you covered for everything.
Contact us: [email protected]
FOLLOW US
© WWW.Feedogram.com