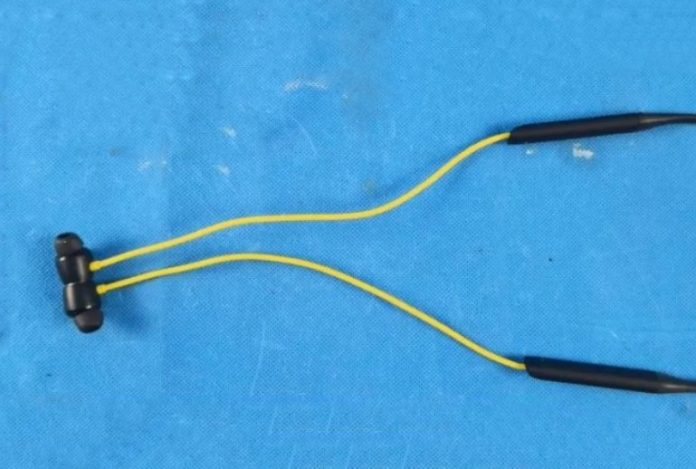 Realme is quickly expanding its selection of headphones over the last couple of years or so.

There are the original wired Buds and late last year – the Apple AirPods-challenging Buds Air. In between those two, we have the Buds Wireless – an affordable set of well-made neckband earphones, at just around $25. Unsurprisingly, quite popular.

Well, a souped-up Buds Wireless Pro version of those is apparently right around the corner as evidenced by a certification over at NCC Taiwan. The listing comes with a couple of shots, which show a very similar design. One thing that is clearly changed on the RMA208 is the addition of a Type-C port for charging, in place of the aging micro-B USB connector in their predecessors.

Also, paying close attention to that little hole next to the Type-C port on the Buds Wireless Pro, as well as the clear grooving and recessed area around the socket, we can make an educated guess that this time around the charging port could end up actually covered by a flap. A definite upgrade compared to the original design, which has the microUSB port out in the open, facing downwards.

The market is flooded with new products daily. The pace at which consumption of technological gadgets is rising is phenomenal. There are hundreds of companies in the market that are trying to attract the consumers by hook or by crook, but it all depends upon the discretion of the people who ultimately have to use the product, that what are the qualities they are looking for in a particular type of product, what are their personal and basic needs, what is their budget and how much they can spend on something, it is obvious that when one buy something he or she should keep some points at the back of their head.

Unfortunately, that’s about the extent to which the NCC information on the Buds Wireless Pro goes. Given the “Pro” moniker, we expect the new model to carry over and probably improve on most of the core features of the original, including their 11.2mm bass boost drivers and IPX4 protection rating.