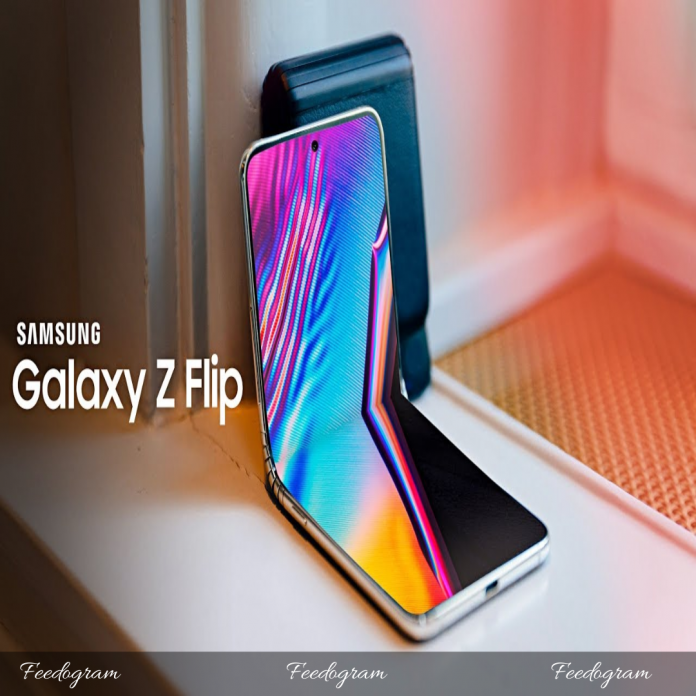 Samsung is always trying to bring something revolutionary product in the mobile market and now we are expecting Samsung’s second foldable phone – the Galaxy Z Flip. So, till now we’ve seen some screenshots of the mobile but now we have got the first video of the upcoming foldable phone in its dazzling purple color.

This short video shows the all-new Galaxy Z Flip and we can clearly make out that this phone has small 1-inch notification panel and the dual camera, and the effortlessly unfolding of the device shows that the flip of the device will not be a big task and can be done by thumb all alone, after which the tall 6.7-inch “Infinity Flex” display reveals with its 22:9 aspect ratio. and if we talk about the outward surface of the device it is quite reflective, giving the shades of both purple and pink depending on the light.

In the video, you can clearly see that there is a crease in the middle of the phone which helps the phone to fold but it magically disappears when the device unlocks. we all just have to wait until the phone is launched and get our hands on the device to see if the crease would stick out in daily usage.

We also get a quick glimpse of the side that has a gap to help the user to do the open the flap and it is near to the folding mechanism. As we see that for now there is no Samsung Logo or any text related to the company, indicated that the phone is still in its testing period, but soon to launch in Samsung Unpacked event.

Meanwhile, the Galaxy Z Flip configuration is that it is powered by 855+ snapdragon chipset alongside 8GB RAM and Android 10 and along with it, and it also bagged a good score on Geekbench with 618 points on the single-core and 2421 in the multi-core department.

There is a handful of gadgets in this segment but then also Samsung has a good competition and some of them are Moto Razr V3, then there is Huawei Mate X, Xiaomi MIX Flex, Lg Bendi and Oppo foldable phone.

Some of them are still concept phones but this year we will be introduced to some more foldable devices.

When Facebook bought Giphy, our emotions were bought as well