Home Gadgets The first phase of WhatsApp Pay Rollout to as many as 10... 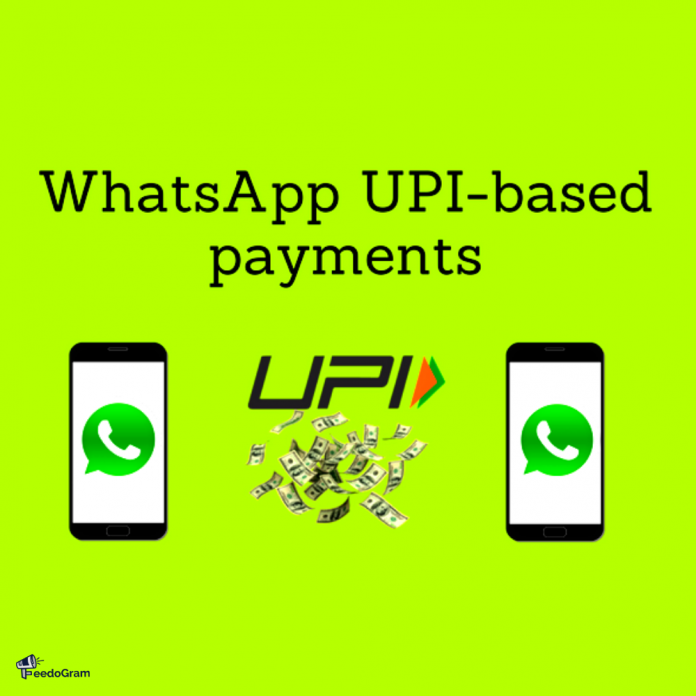 According to a media report, WhatsApp Pay which is available to Indian users under a pilot has finally secured the license from National Payments Corporation of India(NPCI). Now, WhatsApp Pay will use the government’s Unified Payments Interface(UPI) to grow its payment services. The company stated the launch for one million Indian users in 2018 for beta testing, however, the official launch was delayed due to regulatory framework.

The full rollout of WhatsApp payments would make it one of the largest payment services in the country, as WhatsApp already has a base of over 400 million existing users in India.

In February 2018, it begins its testing for the rollout. Since then, the app has provided its users the option of making online payments through its platform enabled by UPI, powered by ICICI Bank.

Last week, Facebook CEO Mark Zuckerberg stated that WhatsApp Pay would be rolled out in several countries in the next six months. He had last year also hinted at the launch of WhatsApp Pay in India. Moreover, alongside India, Facebook is aiming to bring its payments service in other developing markets, including Indonesia, Mexico, and Brazil through WhatsApp.

The prime reason behind the delayed launch of this payment service in India is the number of data compliance issues that the company needs to address. According to the Indian government and the Reserve Bank of India (RBI), some of the features of WhatsApp are of major security concern.

It is considered a threat to the Indian digital banking ecosystem according to the cyber experts in the country- by looking at some of the recent vulnerabilities found in the messaging app.

Future will see a tough fight among WhatsApp Pay, Amazon Pay, Google Pay, and Alibaba-backed Paytm. UPI-based transactions in the country have increased hitting the mark of 1.3 billion in December.

A report by KPMG last year had said that digital payments in India are growing at a compound annual growth rate (CAGR) of 12.7 percent in the number of non-cash transactions. RazorPay in a separate report said that India observed a massive 383 percent growth in digital payments from the financial year 2018 to 2019.

There is a significant growth potential for WhatsApp Pay in India.